While some may think your book Holy Land and the story of the re-emergence of the healing cloak of Jesus is purely fictional, I do not. I know it is true. Just like this story. Inside this package, you will find a replica of the head of a spear known to Biblical historians as the “Spear of Destiny.” The original spear held by a Roman guard was used to pierce the side of Jesus as he hung on the cross. After the crucifixion, the spear disappeared. It traveled to several countries, and a number of successful military leaders are said to have possessed it, including Hitler.

Just like the cloak did in your book, the spear has resurfaced and is believed to be in South Florida. A number of very deluded but powerful men still cling to the hope that if they can get their hands on the spear, which they believe is infused with the power of God, the Fourth Reich will rise to power and rule the world—a more powerful rerun of Hitler and the Third Reich. I’m sure you will agree that keeping this from happening is of the utmost urgency.

I will contact you soon to tell you the whole story. Rest assured this is not a hoax.

Follow Shea Baker’s lump-in-the-throat escapades as he is once again plunged headlong into a mystery of biblical proportions in The Spear of Destiny. The second in a series of exciting Shea Baker mysteries.

What if the world had access to an ancient garment that would miraculously heal anyone who touched it? Would it be a blessing or a curse?

This question and more face brash, but endearing, freelance writer Shea Baker, as he finds himself hurled headlong into a mystery of biblical proportions. The first in a series of Shea Baker mysteries.

Set in both South Florida and Jerusalem, the contemporary story gives us a fascinating look at biblical archeological history and introduces us to a number of interesting characters, each with his/her own reasons for wanting to possess the power of the ancient healing cloak.

An intriguing story, “The Cloak” takes us on a theoretical ride of world-altering possibilities. It is thought provoking and inspirational, causing one to consider the merit of belief.

Lisa Richards has a dream. And a secret. In league with the clandestine Montebelli Corporation, she grasps her one chance to accomplish her plan to help revive the town her ancestors helped settle. It is a huge undertaking, putting all she holds dear at risk. Including her life.

As a stranger to town, Steven Taylor distrusts Lisa’s suspicious behavior and sets out to expose her. Instead, he discovers the truth and becomes one of her few allies when her enemies join forces to seize her inheritance—Fire Mountain.

As the Guardian of the mountain, Lisa is privy to secrets that may lead to a fabled cache of precious fire opals, a treasure that could save her dream—if she can find it before she loses the mountain.

END_OF_DOCUMENT_TOKEN_TO_BE_REPLACED 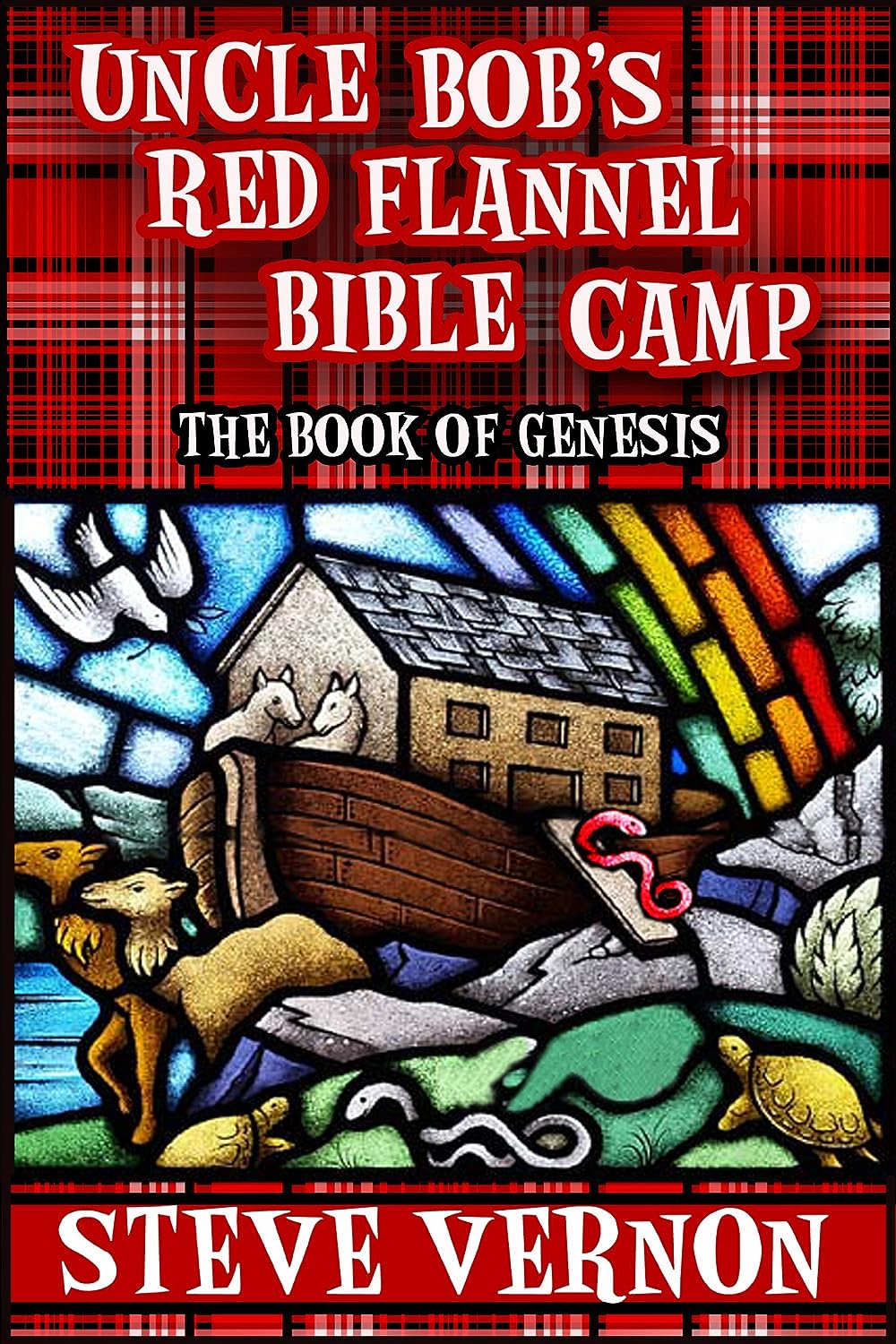 The whole entire story of the Book of Genesis as told to you by the world’s oldest storyteller, Uncle Bob.

If you think you KNOW the truth behind the Bible Stories you REALLY ought to pick up a copy of this book.

If you are one of those folks who thinks that it is bad manners to giggle a little in church – well, you might want to take a good look at the sample that the Kindle folks let you peek at before you go throwing down any of your hard-earned money. This isn’t exactly a solemn retelling of the Bible. In fact, I guarantee a giggle or two along the way. The fact is this is the story of the Book of Genesis as retold by a country gentleman who read the Bible a couple of times and is doing his level best to retell it in his own words.

Means he takes some liberties with the Gospel.

Or – in the words of Uncle Bob – this here is mostly the truth with only a few lies stirred into the broth for pepper.

Don’t say I did not warn you!

The good word has NEVER been so cheap before.

END_OF_DOCUMENT_TOKEN_TO_BE_REPLACED

Hardworking and hungry Bible school student Jane Adler mops up other peoples messes to make ends meet. There’s nothing wrong with honest hard work–until she finds the body in her bosses bed.

With her hopes and dreams of being a missionary looking farther and farther away, taking care of her clients, who happen to be old school friends, in their time of need may be the most satisfying thing she’s had to do in at least a year. That is, until she meets the handsome Professor Daniels.

With the murder to solve, handsome professors, and the hurting family to minister Jane may have dusted up more trouble than she can handle.