You are here: Home / Archives for book reports 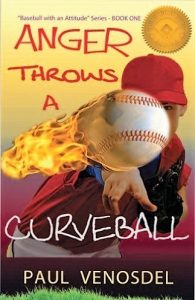 Brent, the coach’s son, is his father’s best player on the 12-year-old Little League baseball team. The team is playing for the State Championship. His team is ready. They expect to win. But outbursts of uncontrollable anger from players, their parents, coaches, and officials threaten Brent’s enthusiasm and concentration for the big game. Game Day comes, and Brent’s nerves and emotions are a wreck. Then some unexpected events during the Championship event–some humorous, some heart-warming– open his eyes to a score that really counts. It is a close game between two rival teams, with plenty of action and a chance for the winning team to be on national television. At the end of the fiercely fought game, Brent is excited–but over an entirely different score.