You are here: Home / Archives for love story 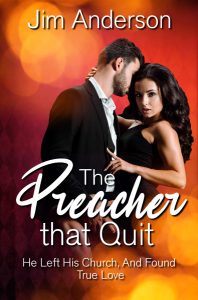 This is a story about a pastor that quits his church after becoming a hero and the notoriety becomes too much for him. This man,(Brad), never leaves God or stops seeking His direction in life. From start to finish, this story shares Biblical truths that have either been ignored; are unknown; or have been forgotten by the greater body of Christ.

This ex-pastor meets a lady and falls in love. Then God uses her to direct him toward another heroic act. Because he is faithful in obeying God’s direction, he suffers physical pain and more unwanted attention from the press.

He eventually marries his new, Christian, fiancé, and after being released from a brief kidnapping, discovers she has been diagnosed with a terminal illness.

Before her death, a mutual friend was encouraged, by his late wife, to become his new girlfriend, and that’s what develops. She inherits the role of sharing God’s direction with him, which again results in the saving of innocent lives and more unwanted notoriety.
He addresses a gathering of Christians in an attempt to squelch this attention and shares much needed direction and advice to Christians everywhere, telling them the church must prepare for persecution, not revival.

Before this story ends, he is, once again, happily married to a Christian wife.

Buy The Preacher That Quit Here