You are here: Home / Archives for Meditative Prayer 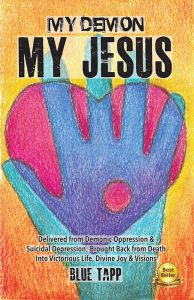 Buy My Demon, My Jesus Here